Chinese history is one of the oldest in the world; the culture’s roots go back thousands of years. That being said, you could spend years and years learning about Chinese culture, and you wouldn’t even scratch the surface!

Ancient China was a hub for culture, science, and trade. Boasting some amazing innovation, ancient China made an indelible mark on human history.

Immersing yourself in this culture first-hand is an experience that can’t be matched by anything else, and there are tons of cool facts to learn before you jet off!

Toilet paper was invented in China, but it was only made available to Emperors.

The Chinese invented kites about 3,000 years ago, and they were used for a multitude of reasons: from scaring enemies on the battlefield to predicting the success of a voyage.

Also, it was considered bad luck to intentionally let go of a kite. 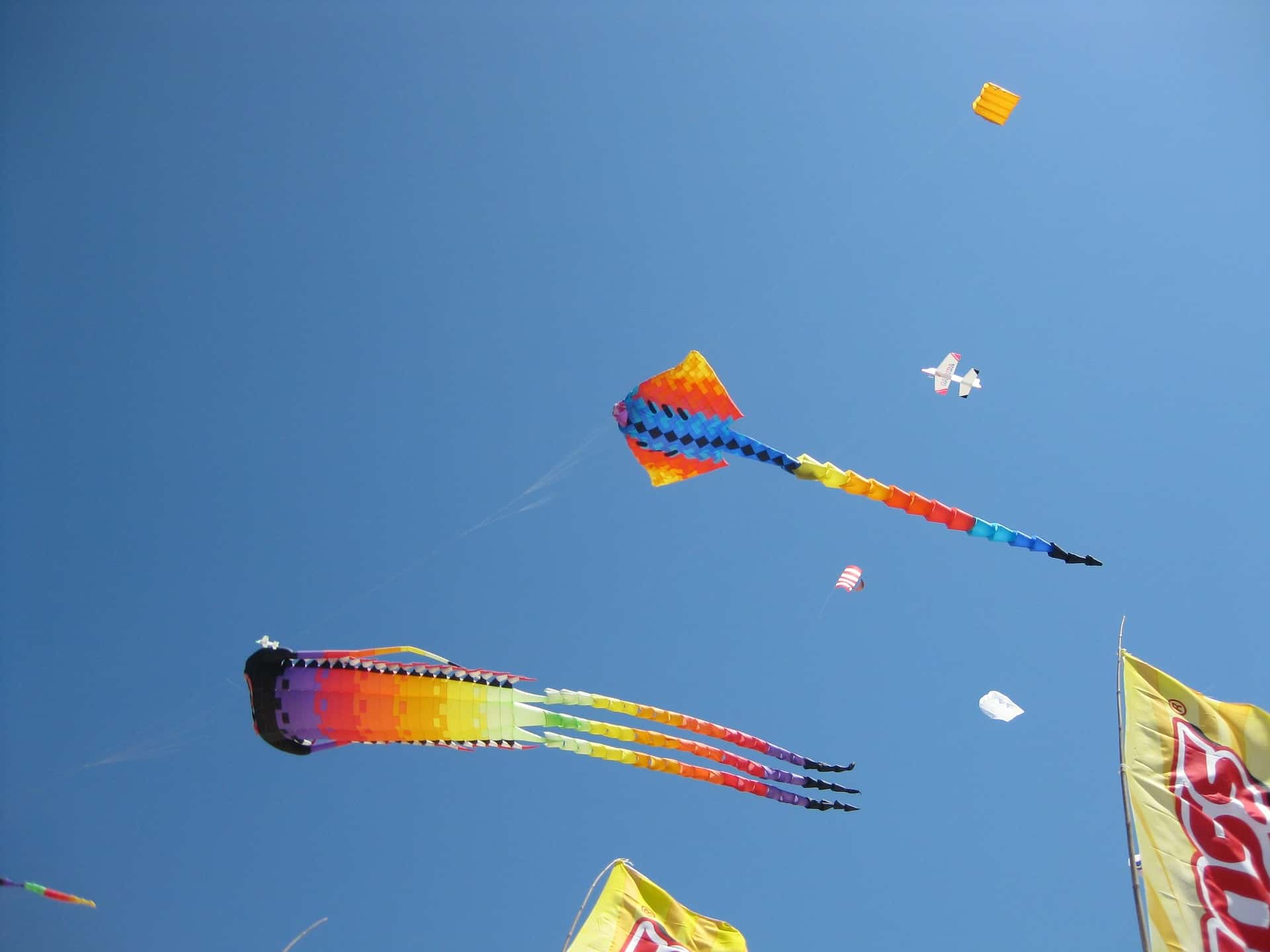 In Ancient China, the color white was reserved for mourning and funerals, not black.

Today, it is still a common practice for those with closer relationships to the dead (i.e. sons and daughters) to wear white garments.

Though Leonardo da Vinci is credited with inventing the parachute, Chinese alchemists were using man-carrying tethered kites by as early as the fourth century.

That’s nearly 1300 years before the Europeans were able to do it successfully.

The practice of foot binding began in the 900’s by female Chinese entertainers.

Tightly wrapped bandages gradually break the foot’s arch, forcing the heel and toes to grow inward toward each other.

This also caused the leg muscles to atrophy and become very thin, but it was seen as highly sexual and is still practiced by some to this day.

Cricket fighting was a popular pastime in China, and many Chinese children kept crickets as pets.

Historians speculate that because of the growing population in early China, cooks had to cut food into small bite-sized pieces to allow them to cook quickly and conserve cooking fuel.

These small pieces eliminated the need for knives, and eventually lead to the invention of chopsticks.

The most important holiday in China is the Chinese New Year or Lunar New Year.

Inscribed oracle bones indicate that it existed at least as early as 14th century BC when the Shang Dynasty was in power.

The Chinese believe everyone turns a day older on that day, so it is considered everyone’s birthday.

That’s a lot of birthday parties and even more birthday gifts.

The Crossbow was invented in China as an answer to heavily armored troops.

The Chinese were also using chemical and gas weapons some 2,000 years before they were used in Europe during the first world war.

The Forbidden City was named so because commoners were forbidden from entering the gates and laying eyes on the emperor. Any commoner who saw the emperor was killed.

The oldest piece of paper was found in China and dates back to the first or second century.

The paper back then was so durable (the reason why this piece survived so long), it was used as a material for clothing, and even sometimes light armor.

The Port of Shanghai developed during the reign of the Qianlong Emperor in the Qing dynasty.

During the first half of the 20th century, Shanghai was the only port in the world that would accept Jews fleeing the holocaust, without an entry visa.

Dating back to 250 BC, Chinese lanterns are an important tradition that symbolizes long life.

Originally they were indicators of wealth though, and wealthy families sometimes had lanterns so large that they needed several people to hoist them into place with poles.

During the Tang dynasty, educated people were expected to greet, as well as say goodbye in a poetic verse that was composed on the spot.

In 1974, a group of farmers digging for a well in the Shaanxi province uncovered some bits of very old pottery.

They discovered the tomb of Qin, the first emperor who united China, and whom China is named after (Qin is pronounced Chin).

The bicycle was introduced into China around 1891 by two American travelers, Allen and Sachtleben.

The bicycle is now the primary transportation for millions of Chinese.

The last Qing emperor rode a bicycle around the Forbidden City in Beijing.

China is currently the leading bicycle manufacturer of the world, but there was a decline in bicycle popularity in the 90s, but thanks to bikeshare kiosks popping up in the last 17 years, bicycles are making a huge comeback.

The carp is a symbol of strength and perseverance in China.

The scales and whiskers of the fish make it resemble a dragon, the greatest symbol of power in China.

Fish in general play a large role in Chinese culture and the words for “fish” and “abundance” are pronounced the same in Chinese.

It’s funny because fish are anything but abundant these days, oh how the times have changed!

In some parts of ancient China, “pigtails” were associated with a girl’s marital status.

A young girl would wear two pigtails, and after marriage, she would wear just one.

This may have been a contributing factor to the Western view that pigtails are associated with children and young girls.

In ancient China, mirrors were believed to protect their owners from evil, making hidden spirits visible and revealing the secrets of the future.

A person who had been scared by a ghost could be healed by looking in the mirror.

Mirrors were often hung on the ceilings of burial chambers so the dead could rest without the worry of being haunted by evil spirits.

21. Dragon Their Name Through The Dirt

While the dragon is typically seen as an evil creature in Western culture, often hoarding vast riches and kidnapping princesses, it holds first place among the four greatest creatures in Chinese mythology.

It is typically associated with the emperor.

The phoenix is the most important bird in Chinese legend and represents the feminine power of the empress.

The graceful crane is the second most important bird in Chinese legend, which is a symbol of long life.

Ducks are also important symbols and represent happiness and marital faithfulness. One of these things is not like the others!

Cuju, which literally means “kick the ball with the foot,” was a popular game during the Han Dynasty.

Later, it spread to neighboring countries like Japan, Korea, and Vietnam, and eventually Europe, leading to what we know today as soccer.

Urine eggs are boiled for an entire day in the urine of boys under the age of 10.

Traditional Chinese medicine claims that eating these eggs has plenty of health benefits, including increased circulation of the blood.

Hygiene was huge in ancient China as body odor was associated with barbarism.

Wealthy women would wear scented bags around their waists, and nobles would need to suck on cloves to combat bad breath before speaking with the emperor.

Because these were costly options, the poor had to resort to other methods, like washing your armpits with urine.

Lice were a huge problem in ancient China, so much so that doctors would use lice as a way of diagnosing patients.

If the lice were fleeing from the patient’s body, like rats fleeing a burning ship, the patient would likely not survive.

Some Chinese citizens were so used to being covered in lice that they would compulsively pick them off their scalp and eat them.

Being poor has always been a rough hand to be dealt with.

Many poor Chinese men would castrate themselves because Eunuchs were permitted to work as servants to the emperor. At one point in history, there were as many as 100,000 Eunuchs working across the country.

The castration was often done at home by desperate parents, and would often be lethal.

In early China, collecting human feces from public toilets to sell as cheap fertilizer was once considered the fast track to wealth.

There was even a saying about it that went “Treasure Nightsoil as if it were gold.”

We’ve heard of a lot of names for poop, but Nightsoil takes the cake.

In ancient China, people would gather up 150 gallons of male urine in a large pan and boil it until it evaporated.

A crystallized hormone that they called “autumn mineral” would be left behind.

It was basically just crystallized urine, and this was given to patients to eat.

Chinese doctors would take the scabs of smallpox victims, crush them up into a fine powder and blow them up healthy patients’ noses.

This was the first-ever smallpox vaccine and had about a 2% chance of killing the victim, but also gave them a much better chance of surviving the smallpox epidemic that was happening at the time.

Life is about risk, people!

During the Ming dynasty, Eunuchs gained a lot of power.

One such Eunuch, Zheng, became a famous naval admiral and completed seven diplomatic missions, commanding over 300 ships and 20,000 men.

A group of fossils collectively known as “Peking Man” are the oldest known fossils of homo Erectus, an ancient relative of modern humans, and were found near Beijing.

Sometime after, the oldest known modern human skull was found in southern China, dating back 67,000 years ago.

The ice cream was invented in China around 200 BC when the Chinese made a frozen mixture of milk, a rice mixture, and snow.

The Chinese invented eyeglasses over a 1,000 years ago, according to British scientist and historian Sir Joseph Needman.

By the time Marco Polo arrived in China around 1270, eyeglasses (which he mentions in his accounts) were widely used in the Chinese upper class. It looks like another one for ancient China.

In ancient China, the process of making silk was a closely guarded secret and revealing it was punishable by death.

It remained a secret for thousands of years, despite the fact that it became widely exported.

It’s unclear how or when the secret was lost. However, it was transmitted to Japan around 300AD, brought there by four Chinese girls according to one legend.

Another popular legend says that the secret was transmitted to India via a Chinese princess who hid some eggs in the lining of her headdress.

Another legend has it that European monks, who were sent to China in the sixth century to discover the secret of silk, smuggled some silkworm eggs out.

The world’s oldest surviving book is Chinese, a Buddhist text called the Diamond Sutra, which bears the date 868 AD.

Along with other printed manuscripts, the book was discovered in 1907 in a walled-up cave in Dunhuang (north-west China) and is on display at the British Library.

The Chinese were the first in the world to use paper money, during the Tang Dynasty in the 7th century.

Its use evolved from merchant receipts of deposit and was widely printed by the government after a copper shortage.

During an earthquake, the earth’s movement would cause a ball to fall, indicating the direction of the quake.

The number 4 is the unluckiest Chinese number because it sounds like the word for “death.”

The number 8 is the luckiest Chinese number because it sounds like the word for “wealth.” 88 is considered particularly lucky because it symbolized the “double happiness” characters. Anyone else excited to live to be 88?

Concubinage has been practiced throughout Chinese history, primarily by wealthy men who could afford it.

Chinese emperors had large harems with hundreds of concubines.

These concubines lived comfortable and lavish lives that were devoid of most work.

What you can read next

11 Reasons Why Life in China is so Great